Kevin S. Marion is an architect who lives in Mocksville, North Carolina, and designs architectural projects throughout the state. Outside of his work as an architect, Marion also creates abstract digital artwork with vivid colors and crisp detail.

He’s been drawing and creating since he was a kid, but it wasn’t until college that his art really started to take off. While he was a student, the architecture industry underwent a transition from hand drawing to Computer Aided Drafting, introducing Marion to a new world of possibilities. Wanting to enlarge some of his original hand drawings, Marion scanned them onto his computer and a new style of his own art was born.

“I colored [my drawings] in Photoshop, blew them up, and did some practices with paper and canvas on those. Then while I was fiddling with that in Photoshop, I realized that using some of the filters and some of the other things that Photoshop gives you created some really neat abstract, psychedelic effects, and I started focusing in on some of those things,” Marion said.

He had turned his original hand drawings into abstract studies in color, creating radiant images resembling swirling liquid frozen in time. But he was disappointed by the loss of detail when he transferred his images to canvas, so when a fellow artist showed him one of her pieces on ChromaLuxe, he knew he had to give it a try.

“Wow, this would be perfect for my stuff,” Marion recalls saying when he saw ChromaLuxe for the first time. “Canvas, the texture, takes away a lot of the detail that’s in my work and I wasn’t happy with that. So when I found the smooth, glossy finish of ChromaLuxe aluminum I was super happy with that. So that’s what I’ve stuck with for a long time.”

ChromaLuxe is now a staple in Marion’s growing collection of work, in addition to blankets, masks, and shirts printed with his designs. The adaptability of ChromaLuxe allows him to create on a larger scale, fulfilling his original desire to enlarge the drawings he had done by hand.

His largest piece to date is an eight-foot by three-foot composition on a single sheet of ChromaLuxe, which currently hangs in the lobby of the Hilton in Charlotte, North Carolina. Marion said what keeps him coming back to ChromaLuxe for his large-scale work is the visual integrity achieved through the dye sublimation process, allowing him to preserve the intricate detail of his pieces in ways other print mediums couldn’t. 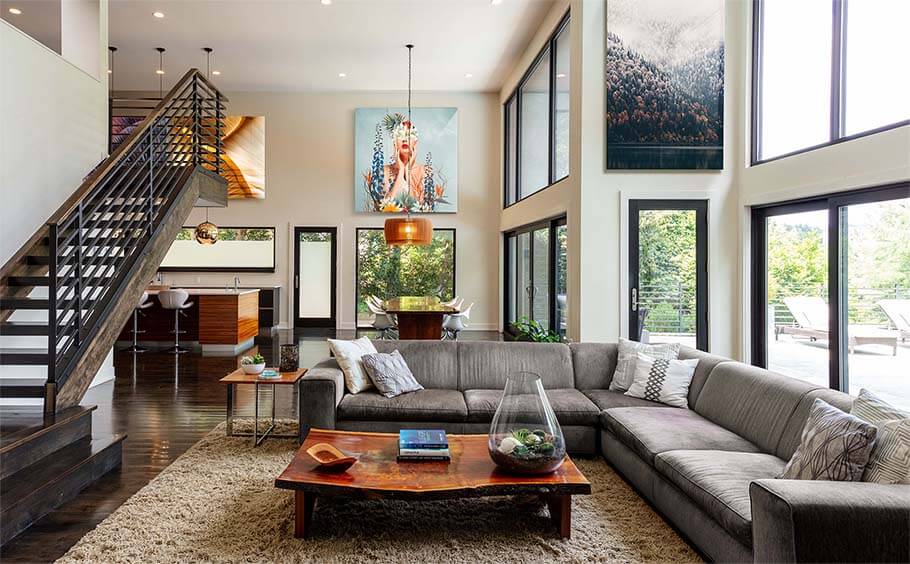 ChromaLuxe is available through a select group of labs and print shops. If you're interested in offering your clients access to the world's finest print media, click below.

This website uses cookies so that we can provide you with the best user experience possible. Cookie information is stored in your browser and performs functions such as recognising you when you return to our website and helping our team to understand which sections of the website you find most interesting and useful.

Strictly Necessary Cookie should be enabled at all times so that we can save your preferences for cookie settings.

If you disable this cookie, we will not be able to save your preferences. This means that every time you visit this website you will need to enable or disable cookies again.

This website uses Google Analytics to collect anonymous information such as the number of visitors to the site, and the most popular pages.

Please enable Strictly Necessary Cookies first so that we can save your preferences!